Look Which State Made The Top 3 For Bigfoot Sightings 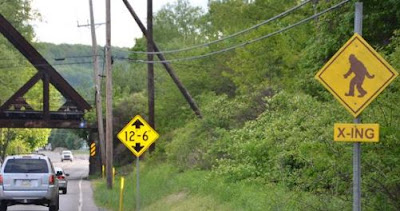 Several states are well known for bigfoot sightings, but if you tried to pick the top three, you might be surprised which state came in third.

Pennsylvania ranked No. 3 when the Travel Channel and the Bigfoot Field Researchers Organization crunched the numbers in search of the best places to see Bigfoot.

Washington topped the list with 2,032 reported sightings, followed by California, with 1,697, and then Pennsylvania, with 1,340.

To come up with a list of “Eight Best Places to Catch a Glimpse of Bigfoot” researchers sorted through never-before-released tracking data from BFRO’s Follow-up Log and Tracking System, which is billed as the world’s ultimate sasquatch database of compiled sightings and testimonies. They analyzed 23,000 sightings reported from across the county.