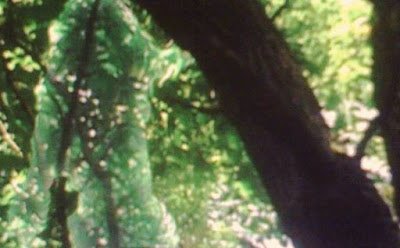 Some people believe bigfoot can turn themselves invisible, and that's how they've remained hidden for so long.

“I spent a lot of time out at my grandad's ranch in the 80s in Texas and now realize this creature (a cloaked Bigfoot) might have been responsible for what I thought was a mountain lion. When we found cattle that died giving birth on several occasions we would come back within an hour and the cows head would be gone. Nothing else would be touched, but the head was torn off! Grandad thought a mountain lion did it but there were no drag marks or anything to show for the missing head. There were also two locations on the land that always just gave me the creeps.

I told my aunt about being in one spot around midnight one night. I would walk I would hear footsteps other than mine until I stopped. Followed me a good 30 minutes. Turned out she wanted to know where because the same thing had happened to her and she gave me the same spot before I told her. It always puzzled me as to what it was, and in 25 years of wondering, I haven't ever had a clue what followed me but I never thought of a Sasquatch in Texas of all places. To me it seems like the most possible explanation for some of the things that went on around there." - SC