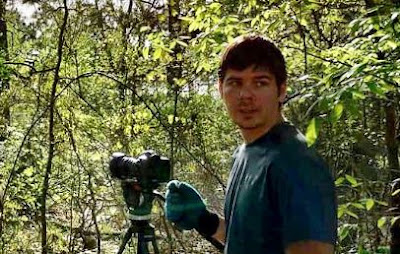 A bigfoot movie is being filmed in East Texas and parts of Arkansas, by director David Ford.

HALLSVILLE — Hallsville filmmaker David Ford is working to wrap up his latest movie project which will bring back an East Texas fan favorite character of his — Bigfoot.

Ford’s latest movie, “Man vs Legend,” has been shooting across East Texas and Arkansas throughout the past month, including in Jefferson and Hallsville.

Ford, who owns Saving Oscar Productions, brings his filmmaking and acting chops to “Man vs Legend” as he plays the main character, Jack Rollins, a small town lawman searching for his missing brother. The search for his sibling brings Jack to faceoff against what many think is just a legend — Bigfoot.