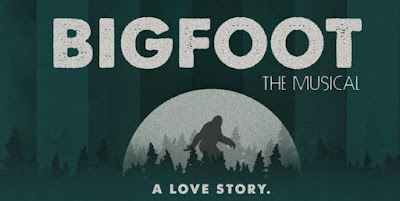 That's right folks, bigfoot is hitting the stage. BIGFOOT The Musical is coming, and it's a love story of mythic proportions.

From the minds of Amber Ruffin (Late Night with Seth Meyers), David Schmoll (Boom Chicago) and Kevin Scieretta (The Second City) comes the Austin premiere of BIGFOOT, THE MUSICAL. Produced by ColdTowne Theater and Austin Sketch Fest, this exclusive six performance run is only the second production of this musical comedy that premiered at the Majestic Repertory Theatre, in Las Vegas in 2018.

The musical comedy offers the origination story of America's most famous mythological creature. You've heard the myth and legend...but do you know the man? In the perpetually economically depressed town of Mud Dirt, the perpetually ill Francine is the mother of an eight-year-old boy who has the body of a fully grown adult. Due to a glandular problem brought on by radioactive waste buried nearby, the boy continues to grow larger and larger through the years and is covered by hair. As the town's mayor drives Mud Dirt into bankruptcy with his alcoholism and gambling, he uses the overgrown Bigfoot as a scapegoat and turns the citizens into an angry mob that pursues the youngster into the woods...and into infamy.