Meet The Ground Team Of The Falcon Project 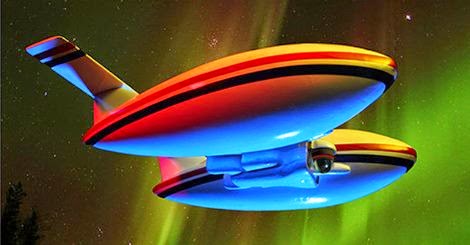 After a long wait it seems as if the Falcon Project might actually be getting off the ground. Director of the project, William Barnes, has been busily recruiting members for his ground crew. This is the team that will be immersed into the field for an extended period of time. Just them and nature. And hopefully a bigfoot or two. Meet Team Tracker! Wait, haven't we heard that name somewhere before? Oh well.

Casey was born and raised Michigan and he is 33 years old. He has worked in metal fabrication most of his life. He likes to spend his free time hunting and fishing or doing anything outdoors. Christopher Larson Christopher is 33 years old and is a native of Idaho. He moved to Western Washington in 2004 to live closer to his family. Soon after moving there he got a job delivering the Seattle Times newspaper. For the last 10 years he has spent the early morning hours from 1:30am to 6am delivering papers in a rural part of Washington State.

Eric is joining the Falcon Project Field Team and will be a supply runner for The Falcon Project. Eric is 40 and resides in Oak Brook Illinois with his family and children. In the past Eric was strong safety at Northwestern, Captain, and all American, Two Time Big Ten champs of the rose bowl and citrus bowl. Eric is a very active person with a curious nature and he enjoys life to the fullest “Joie De Vivre”. His hobbies are: working out, weights, volleyball, cooking, gardening, traveling, and watching his kids playing sports.

Eric brings many years of backcountry knowledge to the team. Being self-employed, he has been working as a gold miner at his mine in the sierra nevada mountain range for the past seventeen years. He works there full-time and spends his winters working as a CNC Machinist.

Jesus was Born and raised in the military having traveled the world Hollywood Film and TV Actor ( Breaking Bad, 2 Guns) Jesus has been studying and researching the mysteries of our known world since a very young age. His research on the enigma of the elusive sasquatch began after the time he and his family first heard this creature in Lincoln County National forest in 2000.

John became interested in sasquatch as a teenager. While on a hiking trip in 1994 into a remote part of the North Cascades, he heard a loud series of wood knocks, which startled the group of people he was hiking with. After returning from that trip John spent a lot of time reading reports and stories of bigfoot and sasquatch. In May of 2012, John watched as a sasquatch walked past his camp. John is now 37 and has since been on many trips researching sasquatch in Washington State, Oregon and also a trip to Southeast Alaska. He works as a commercial fisherman in Alaska when he is not out in the field doing research. His hobbies are playing guitar, winemaking and beekeeping.

Kirk lives in Snoqualmie, Washington and holds a J.D. from the University of Minnesota School of Law. Kirk has been actively engaged in the mystery of sasquatch for years. In addition to his independent research, he served as an investigator and expedition organizer with the BFRO and is a member of the Olympic Project. These efforts have taken him to remote locations in eleven U.S. states and a Canadian province. He has extensive experience with thermal imaging technology and analyzing thermal videos and photos. The Finding Bigfoot television show featured Kirk and one of his thermal videos in its New Mexico episode.

Mike and his son were walking along a creek on a private ranch when they first encountered sasquatch. The two were just walking together skipping stones when they noticed a large group of crows creating a fuss with a loud cacophony of calls. Mike thought a simple predator like a bobcat or coyote might be nearby. They walked up the creek bank and stood in a clearing in the middle of a cedar thicket. Mike’s young son tugged his dads arm and said “dad they threw a rock at us.” Mike then saw another stone that had just been thrown at them. The location of the encounter was deep into the private ranch where no other people could have been.

Michael is a life long native of Washington state. He had what he believes to be an eyewitness account one summer evening in 1985 near Diablo dam, located up the Skagit river in the North Cascade mountains. This experience encouraged him to question everything, and has led to a greater curiosity in the deeper mysteries of the world around him.

Nathaniel is a twenty one year old sasquatch researcher and report investigator from the central lower peninsula of Michigan. Following a remarkable, up close, sighting in 2009, he began his personal study of the subject. Nathaniel spends a great deal of time researching potential habitats and makes regular forays into remote forests to collect data, and help in his personal quest to find and better understand this elusive species. With strong interests in ecology and wildlife biology, Nathaniel has spent a great deal of time studying nature, through personal experiences gained as both an experienced hunter and backpacker. Driven to find answers to this mystery, and a passion for both the unknown and the creature he sighted, Nathaniel has joined the Falcon Project as a field researcher, to aid in the scientific study and discovery of the species known as the North American Sasquatch.

Paul is 39 years old. He lives in DeLand Florida and has lived in Florida most of his life. He lived in Alaska for 3 1/2 years as well. He is a veteran of the U.S. Air Force and was honorably discharged and now owns an auto glass business.

Randy is 48 years old, married and has two adult daughters. He is a retired firefighter, retiring as a driver operator. He is currently a business owner.

Rob is 56 years old and has performed a variety of jobs over the years from computer programmer to dog trainer. He has been a law enforcement included police officer and deputy wildlife conservation officer in Pennsylvania. Also for the last 13 years he has worked in the non-emergency medical transportation industry. Currently he works with trading the futures. One of his hobbies is training dog teams in Search work at a non-profit called Canine Aided Search and Rescue (C.A.E.S.A.R.). He has done that for 15 years.

Thomas is 48 years old and resides in Glassboro, New Jersey with his family. He has been interested in Bigfoot since the age of 8 when he saw the Patterson/Gimlin Film. He has read numerous books by John Greene and Dr. Grover Krantz. Thomas started researching out in the field 20 years ago in the pine barrens of New Jersey. Thomas is married and has two kids, Thomas and Madison and he has a dog, Lexi. He is a painter by trade and enjoys fishing, camping, hiking and squatchin. Thomas is honored to be a member of the Falcon Project Field team.

(who goes by Lynn) has joined The Falcon Project as a Supply Runner. He is a “MacGyver”; type of guy in that there isn’t much he can’t build or repair. He has a wide variety of skills, as a result of his varied background. One of the most valuable skills for the Falcon Project, will be his medical experience and training. He was trained as an orderly in private hospitals and as a hospital corpsman in the navy with specialty training as a Surgical Intensive Care Technician and Aviation Physiology Technician.


To learn more about each of the team members and see what they look like, click here.