Whoa! This Trailer for "Stomping Ground" Is About Bigfooters and It's Awesome!

It's not everyday someone makes a Bigfoot film about Bigfooters. This film from Dan Riesser is about squatching, but more dangerous. Judging by the trailer, this film has all the elements of surprise you'd expect from an intense Bigfoot film, including rock throwing and scary vocalization. "I worked with Guy Edwards from Bigfoot Lunch Club on a lot of elements of production, from Bigfoot research to creature design. I also had a lot of talks with Craig Flipy (from Bigfoot Road Trip with Cliff Barackman) when writing the script," Riesser said. "My goal has always been to showcase the Bigfoot community in a positive & realistic light. While my film does venture into "horror creature feature" territory, it is definitely not your standard Bigfoot horror film." Check out the press release and trailer below: 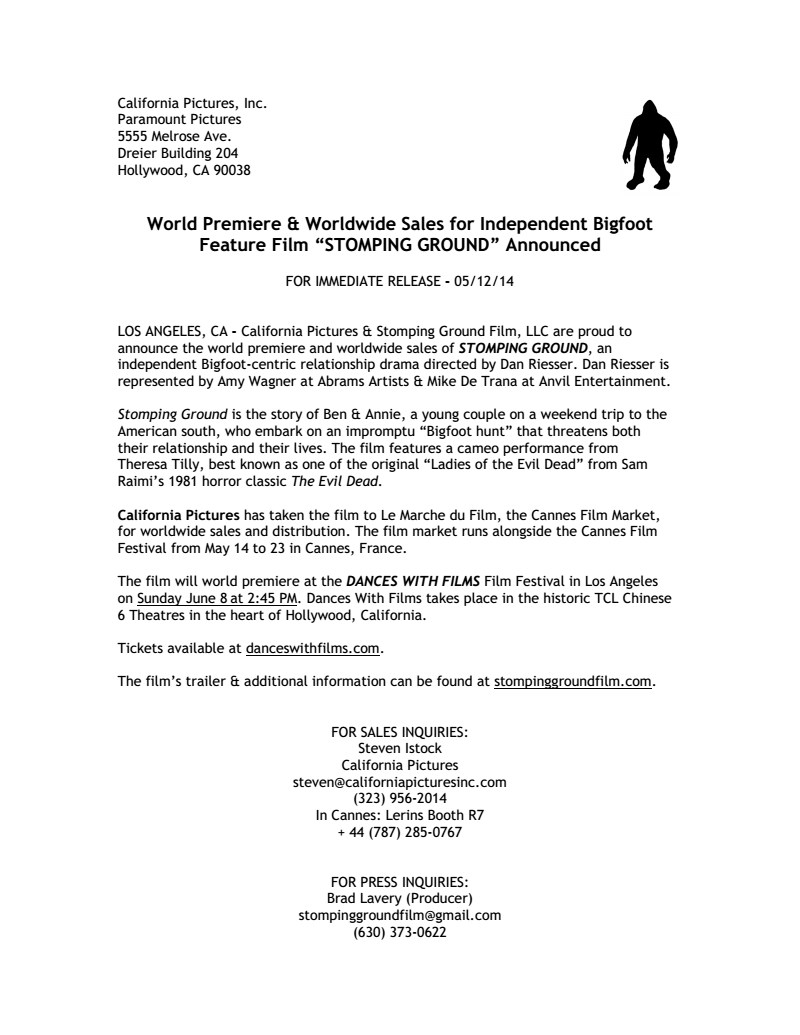 LOGLINE:
Ben & Annie are a young couple on a weekend trip in the American south who, after meeting a charming old friend, embark on an impromptu "Bigfoot hunt" that threatens both their relationship and their lives.

BRIEF SYNOPSIS:
Ben & Annie are a couple living in Chicago on a weekend trip to Annie's small North Carolina hometown. At the local bar they run into Paul, an old friend of Annie's, and Ben learns something he never knew about his girlfriend: She believes in Bigfoot. In fact, she and her friends used to "hunt" for the creature when they were kids. Before Ben knows it, he's off on an impromptu Squatchin' trip deep in the Carolina backwoods. Amidst the Squatch calls, campfire stories and beers, Ben quickly realizes that Paul may have an ulterior motive in bringing Annie to the woods. And something else out here seems to be after her as well. Everyone but Ben thinks its Bigfoot. But it can't be, can it? After all, Bigfoot isn't real... Stomping Ground is a micro budget comedic drama / horror hybrid feature film by first time feature director Dan Riesser.